Juan Bolivar's paintings occupy seemingly extreme positions. They playfully exist somewhere between abstraction and the recognisable world and they hint both at humour and tragedy.

Geometry Wars presents a new body of work, comprising twenty one paintings and two sculptures. Painted mostly in 'greyscale' and muted tones, Bolivar's palette presents a flipside to the witticism often associated with his paintings, reminding us, in the words of Peter Ustinov, that comedy is simply a funny way of being serious.

The phrase Geometry Wars describes Bolivar's 'struggle with abstraction' - whether to subjugate 'the square', and present it as pure form or whether to animate it into the world of figuration.

Paintings such as Silver, 2007, exemplify Bolivar's approach. The work could resemble a reflective surface such as the window in a lighthouse; a painting of a photograph (Silver as in silver nitrate) or even a painting of a painting. It is also a geometric arrangement; and it is suggestive of the work of other abstract artists such as Elsworth Kelly or Kasimir Malevich.

The exhibition title alludes at a political resonance reflected in a number of works featuring familiar war imagery - a battleship, a plane, a watchtower and a bunker. But Bolivar also point to his concerns for pure abstraction and formalism by the inclusion of two sculptures in this exhibition. Prototype Meter - a small gold bar and Prototype Kilogram - a black (25 Kg.) weight. Here the question remains - are these props simply reminders of our systems for weight and measures, or are we to read further meanings and associations suggested by these?

Bolivar's paintings hover between the ridiculous and the sublime. They allude at other worlds beyond the picture plane such as in paintings like Bell. However under closer inspection, paintings such as Raft of the Medusa or Shack, show a battered side to modernism's promise of a new world. 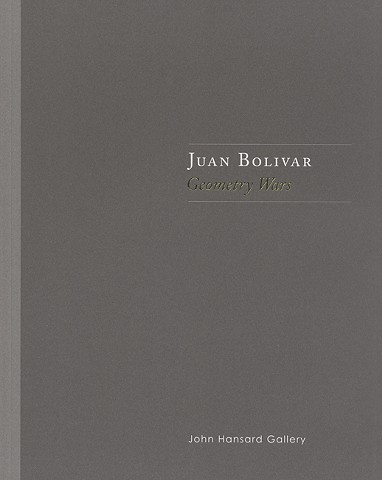 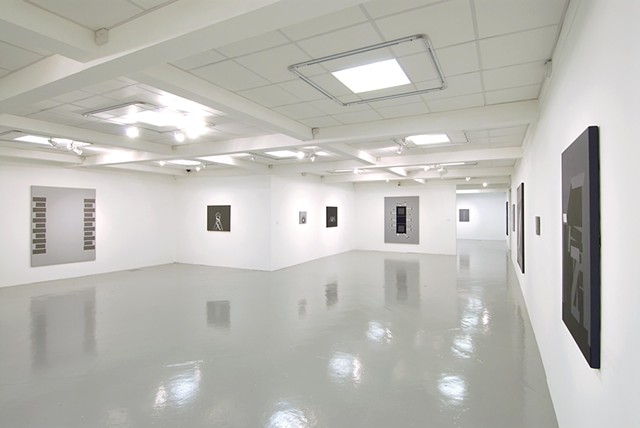 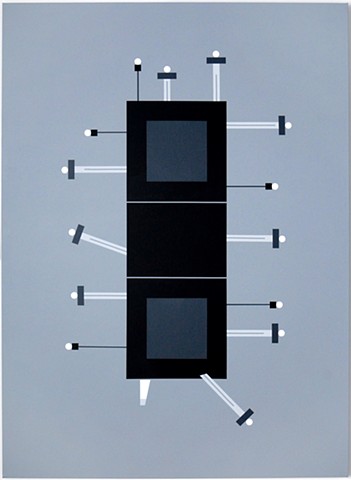 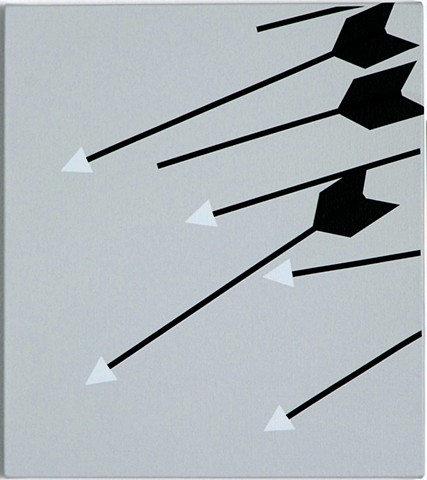 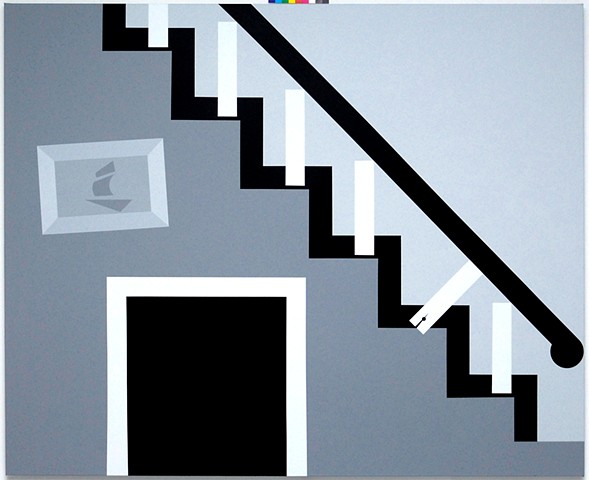 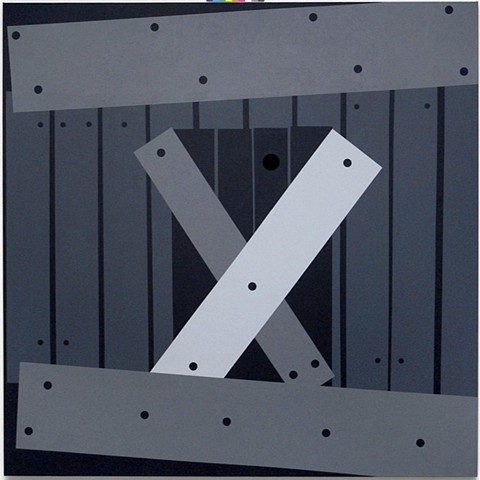 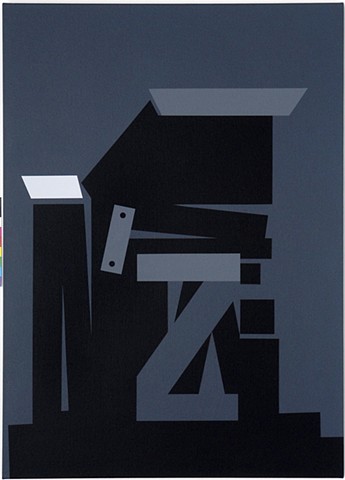 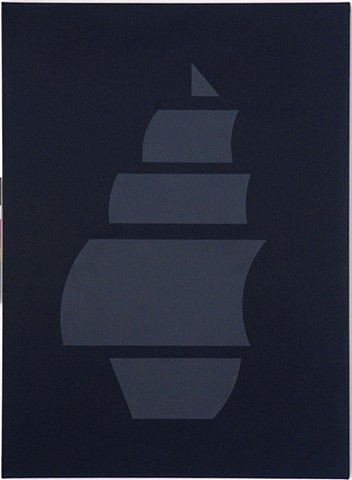 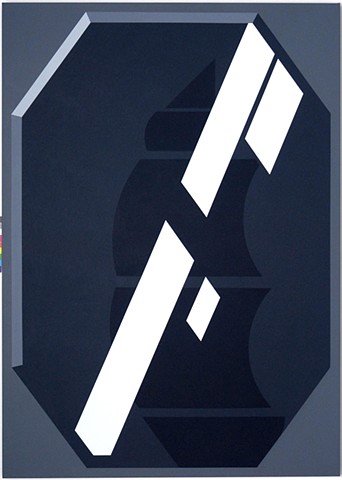 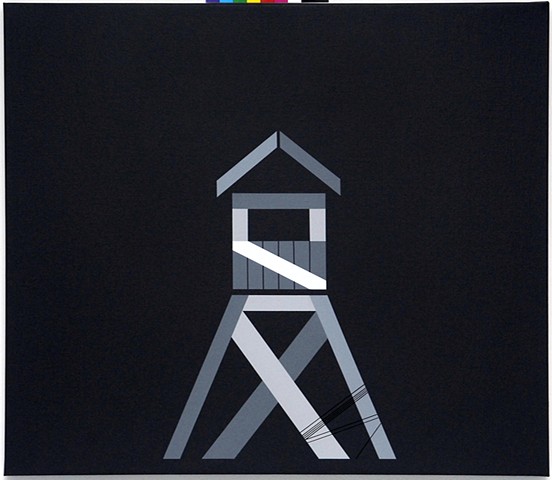 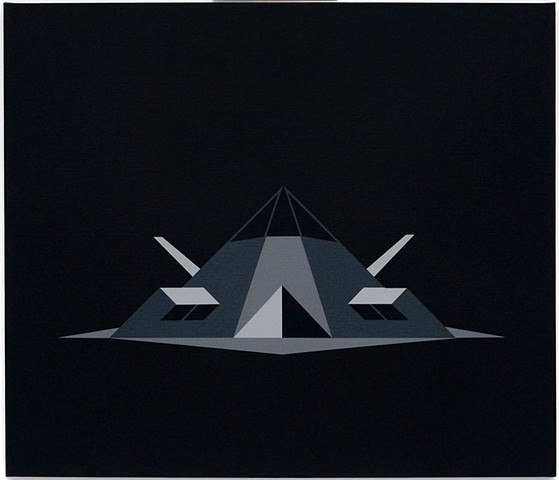 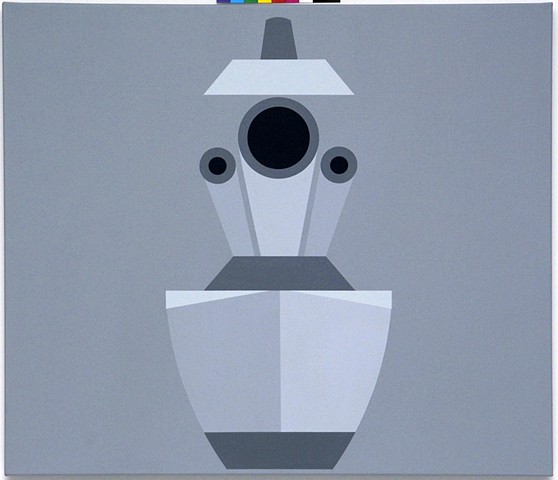 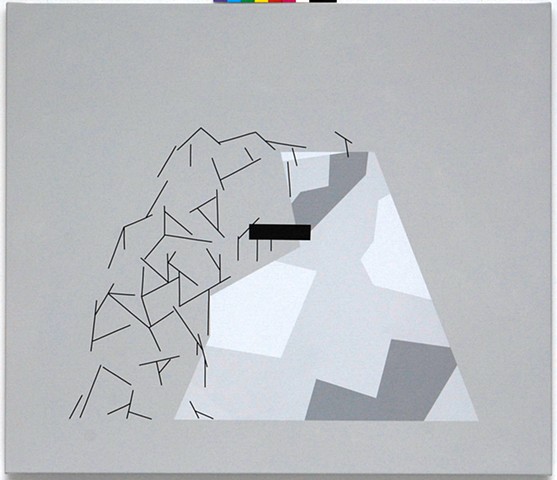 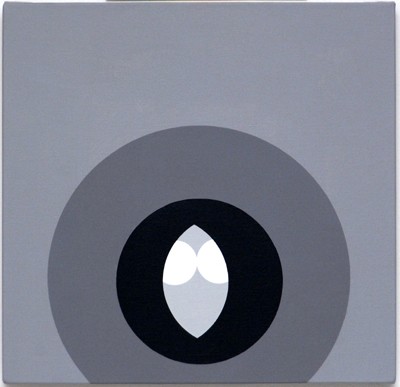 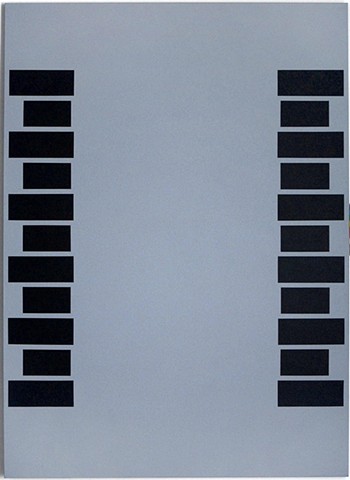 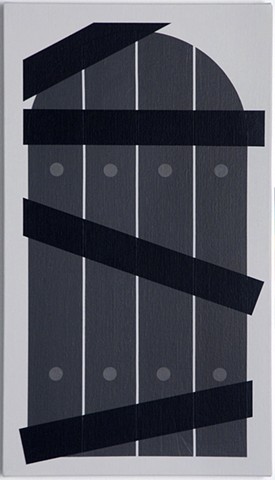 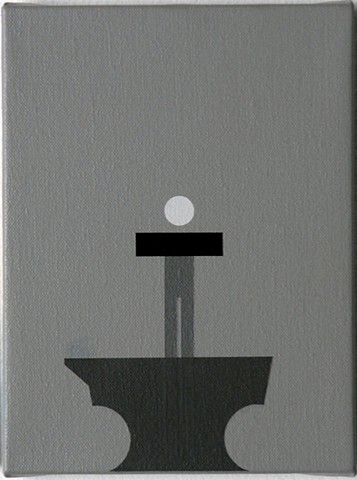 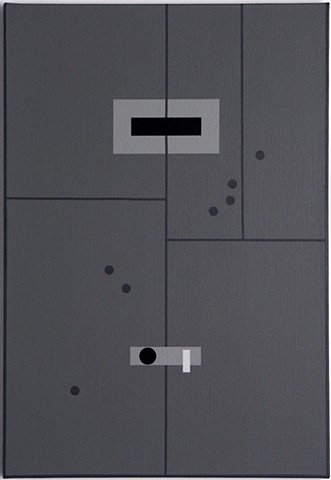 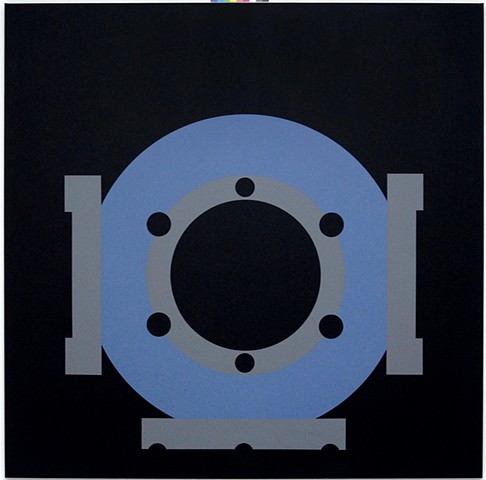 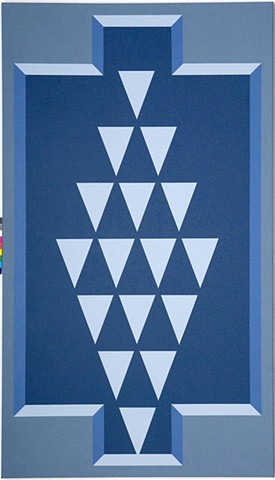 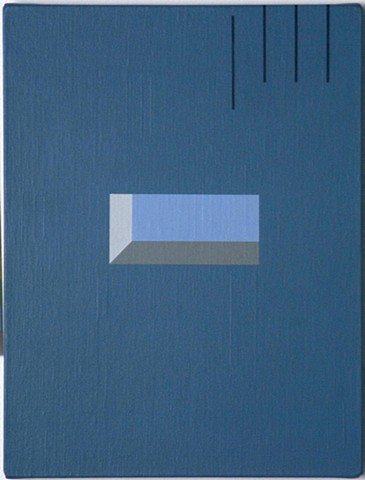 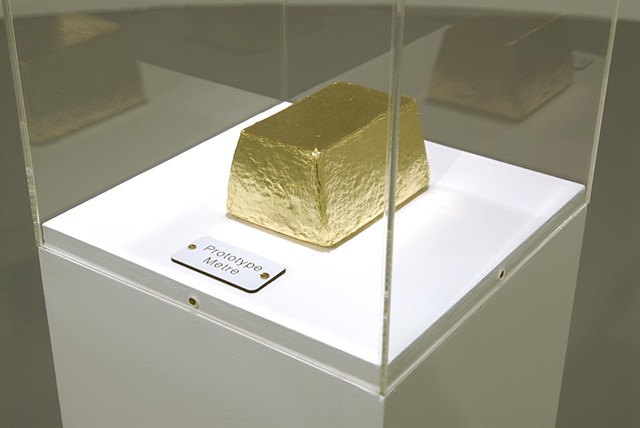 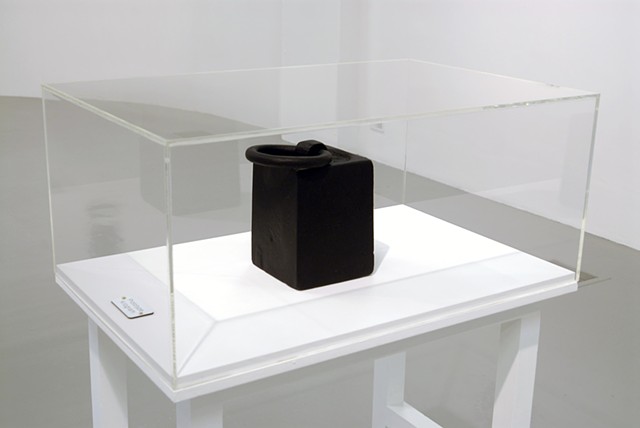 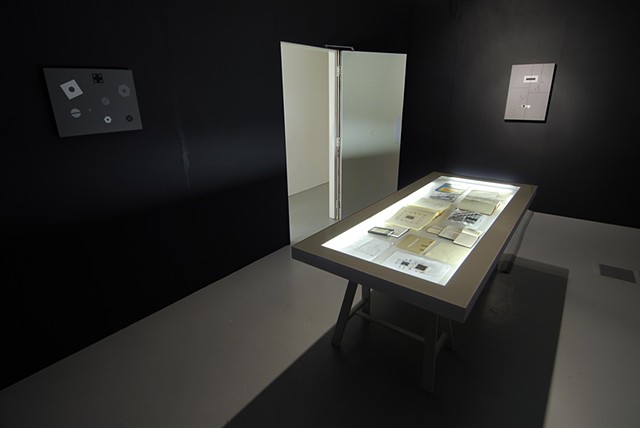